"One's destination is never a place, but a new way of seeing things." (Hendry Miller, writer) 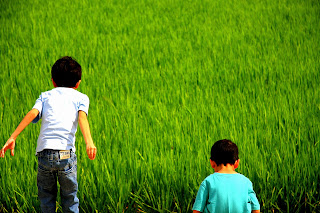 "The world is a book, and those who are not travel read only one page." (Saint Augustine, ahli falsafah)

"…The woman came out of a man’s rib not from his feet to be walked on and not from his head to be superior, but from his side to be EQUAL. Under the arm to be PROTECTED, and next to the heart to be LOVED." (Unknown).


Travelling from one place to another, adapting to new life in a new place and meeting new people was just another normal routine for me since my dad used to a be a soldier. As one of the army brats, we learnt to accept that home is where you and your loved ones belong to each other despite the ever changing physical landscape and home is where people surrounded you accepted you as a member of the committee regardless of your religion, language and appearance.

I am the third kid from nine siblings and considered as one of the most unruly girl among my siblings. I’ve had my moments of mischievous time during my childhood from near-to-death experience of eating poisoned vegetables to getting bloodied hands from broken glasses. I can recount so many trips to hospitals due to my mischievousness and some medical issues!


I was born and raised in Penang most of the time in Kem Sungai Ara. I recalled some of the best moments in an army camp such as the entertainment part.  Our entertainment in the camp were in form of “wayang” and live concerts at padang kawad.  The wayang times were eagerly waited by us; movies such as “Piranhas” of “the Fly” or “Spider Attack” were among the movies that I can still remember! Annual event of the year was Pesta Pulau Pinang at Sg Nibong!  Back then Pesta Pulau Pinang was considered the most happening event! Now, from the eyes of an adult, I find the Pesta somewhat “bored” and un-excited.

From Penang, we moved to few places in Perak including Tanjung Rambutan, Batu Gajah and last at Taiping.  When I was in standard one, I enrolled in three different schools from SK Sg Ara to SK Tanjung Rambutan and then, SK Bakap Baru in Batu Gajah.  My dad had a few time posted to East Malaysia but the family did not follow him but decided to stay in Penang. 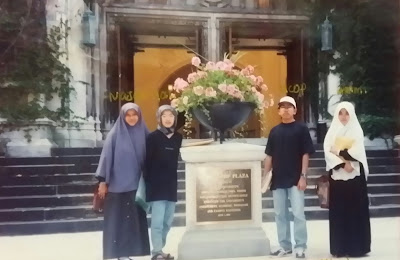 The call for travelling came again when I was accepted to further my study in the United States.  After two years in PPP/ITM Shah Alam, I was accepted into Lehigh University in Bethlehem, Pennsylvania.  It was a small private university located in the Orthodox Jewish settlement near Lehigh Valley.  Bethlehem was a named given to commemorate “Baitulaham” at Palestine.

My solo travel was from Bethlehem to Boston taking the “GreyHound Bus” to New York City and changing bus from there to Boston.  Looking back, I thought it was foolish of me to take a very high risk travelling alone at New York some more.  My next travels were either via flights to Chicago and Florida and via road trips to Canada up to Quebec and Northern New York state and southern Pennsylvania.

After graduation, I worked at two small local companies before I joined Malaysia Airlines in the year 2000. Here, I started my travelling both in terms of outstations and personal travelling (using the travelling entitlement offered by MAS). My career in MAS revolved around revenue management on how to fully maximized utilization of aircraft seats and pricing allocation to ensure maximum revenue achieved for each of the flights. Thus, I had to manage sales and allocation for MAS stations nationwide covering Europe, Australia, North America, Middle East, South Asia and North Asia.  During certain portfolios, I had to travel back and forth for discussion and negotiations such as to China, Vietnam, the U.K, France and Australia. 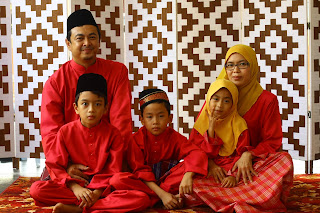 How do you manage the change from being a career woman to be a housewife? I had to undergo this when my husband was offered the opportunity to being posted in Geneva. For me, there is no question that family is where you and your loved ones reside no matter where it is. My home is with my husband and my children in Geneva from 2007 until 2010. There, our travelling adventures continued on all over Europe. 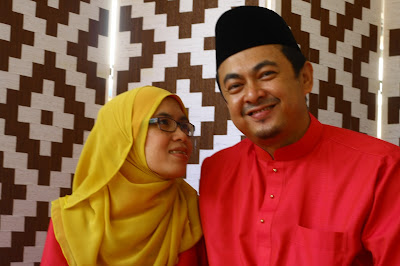 That is our story… “Tentang Saya and Dia.”