By yatiseman 25
Apr
Our first trip into Italy was to Venice! It seemed that it is the only place in Italy that we deemed attractive enough for us to brave in the Italian border. Not that we were intimidated by the bad traffic nor the bad drivers there but combined factors such as the rise of criminal activities, the congested towns and others influenced us to postpone and push aside any trips until we have exhausted places to go in Europe. Hahahaha... so until we returned home in 2010.

Funny things about this trip. 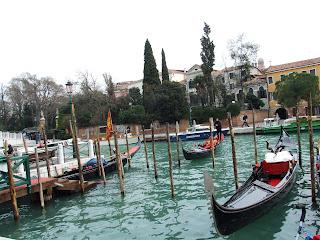 1. It was not our first choice to go to Venice. Initially, we decided that we would go to Northern Europe (Holland, Belgium & Luxembourg) but we postponed the trip to next year. 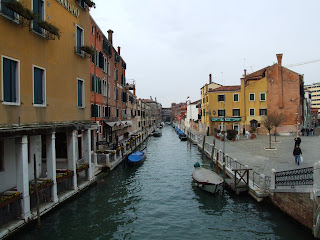 2. Last minute, we decided on Venice and at the same time, our friends, Ita and Kak Emi also decided to go to Venice. So, we decided to convoy together to Venice. Three days before the trip, we decided to cancel the trip coz I was so, so sick and that I could not handle long journey (5 hours drive). So we cancel our hotel and informed our friends. But then, Ita also opted out since her hubby has a meeting on Saturday and then, Kak Emi also opted out for the same reason. Her hubby got meeting on Friday. SO no trips laa.

3. Two days before, I felt better (after I know what caused my sickness) and decided to go ahead for Venice and then, Ita also decided to go. But this time, instead of two nights in Venice, we opted for one night. We made so many amendments at Priceline.com sampai both of us confused which hotels that we booked. 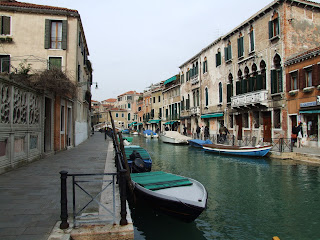 We started our journey around 7am from Geneva and targeted to arrive there around 1pm but we do not take any consideration of the days before the Easter break, It seemed that business people tried to rush things before the long break.  Hence, deliveries were made prior to to that.  The traffic was so, so horrible along the Italian highway.  Delivery trucks of all sizes were side by side along the highway and many, many times we were at standstill along the highways. It took us 8 long hours to arrive Venice. We finally arrived at our Hotel Venezia around 4pm!!! Itupun setelah berpusing2 cari jalan ke hotel despite using 2 GPS (our built-in Michelin and the portable MIO).

After checkin-in, we decided to go visit Venice town even it was already dark outside around 5pm. Takpe laaa Ita said, we will have our romantic night in Venice and so off we went and wandered around Venice. It was beautiful.even at night and just window shopping tengok apa2 yng menarik aje. Masa nak balik from Venice to Mestre where our hotel is located, we all terlepas bus stop. kene laa go to the last stop and take another bus back to our hotel. 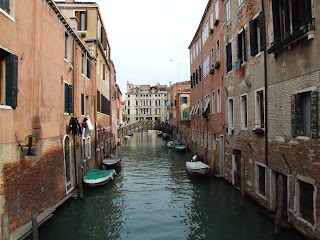 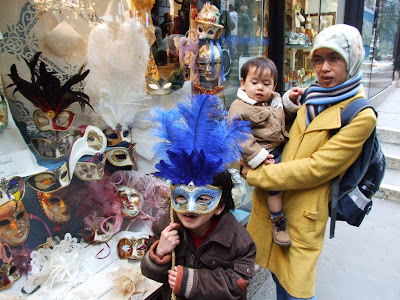 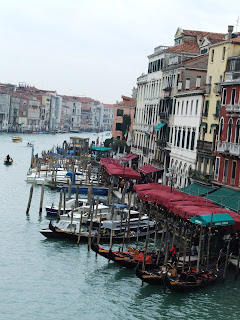 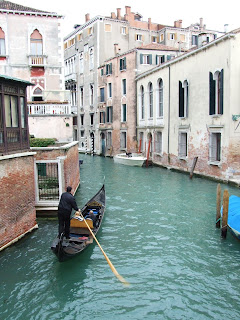